Rare Arabic-language periodical, inspired by Council Communism and Situationist ideas. Christian Labrande, author of La Premiere Internationale (Paris: UGE, 1976), is listed as its (fictitious?) editor-in-Chief. While a French P.O. Box is given as the address of the journal, it was conceived and published in Beirut. Mustapha Khayati and Latif Lakhdar collaborated on this first iteration recruiting other Arab leftist sympathizers along the way. The promising publication was to be short-lived, however, as the civil war broke out in Lebanon and no more issues were released. A price list on the back cover offers clues as to the journal’s ambitious distribution: France (5 Francs), Tunisia (200 millimes), Algeria (2 Dinars), Morocco (2 Dirhams), Iraq and Kuweit (100 Fils), Syria and Lebanon (Lira), Egypt (10 Ersh), Saudi Arabia (2 Rial). It cost 5,000 Francs to produce.

By means of background, Latif Lakhdar (1934-2013) was “a Tunisian thinker [who] fought in the Algerian revolution and later was a leader in the Democratic Front for the Liberation of Palestine in the early seventies… He was the first Arab writer to introduce the anarchist and Marxist critiques of Leninism and Marxism-Leninism….He established network of “Majalis” (councils or societies) in Beirut during the war and popularized leftist/anrachist/Marxist/ critiques of the Arab left.” (http://angryarab.blogspot.com/2013/06/al-afif-al-akhdar-is-dead.html).

Mustapha Khayati was a member of the Internationale Situationniste. He is primarily known as the author of the pamphlet De la Misere en Milieu Etudiant  (translated as the Misery of Student Life or Ten Days That Shook the Universities) and for the key role he played during the Strasbourg scandal (1966) and, later on, the Paris uprisings (May-June 1968). He left the Internationale Situationniste in October 1969 to join the Democratic Front for the Liberation of Palestine in Jordan.

This first issue, then, opens with two long quotes, one by Karl Marx and the other by Schibli Schumayyil (p.2) A physician and intellectual of Greek origin, Schumayyil (1850-1917) was the first to introduce Darwin’s theories to the Arab world. He embraced German materialist philosophy and was an advocate of secularism. The next page provides an introduction to the publication (p.3). Soulta-al-Majaliss seeks to “facilitate the entry of Arab countries into the History of nations, through the door of proletarian revolution” (all translations are mine). “Our journal”, the editors claim, “is the first Arab Marxist journal” that advocates for “the dictatorship of the proletariat and of workers’ councils in the Arab world”

Like the Internationale Situationniste journal, Soulta-al-Majaliss features an Anti-copyright notice: “All texts published in this journal may be freely reproduced, translated and adapted in all countries, including China and Russia, even without indication of origin” (p.2). The tradition of collective authorship is also preserved for the majority of the articles.

We locate a single OCLC copy at the University of California – Los Angeles (UCLA). 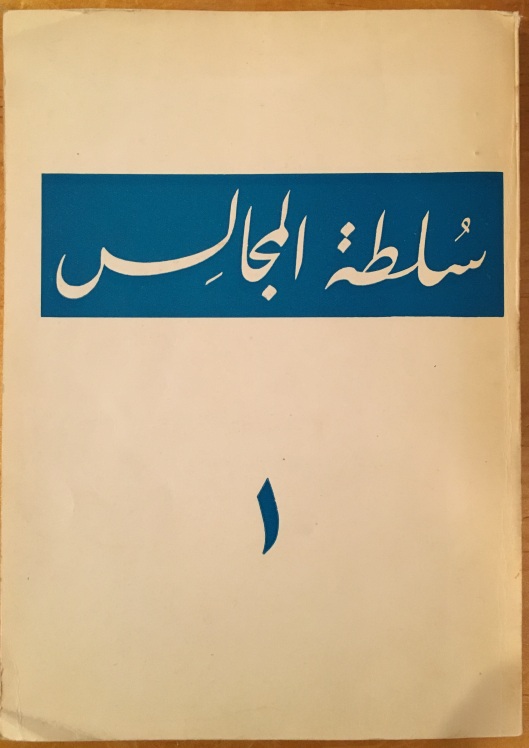 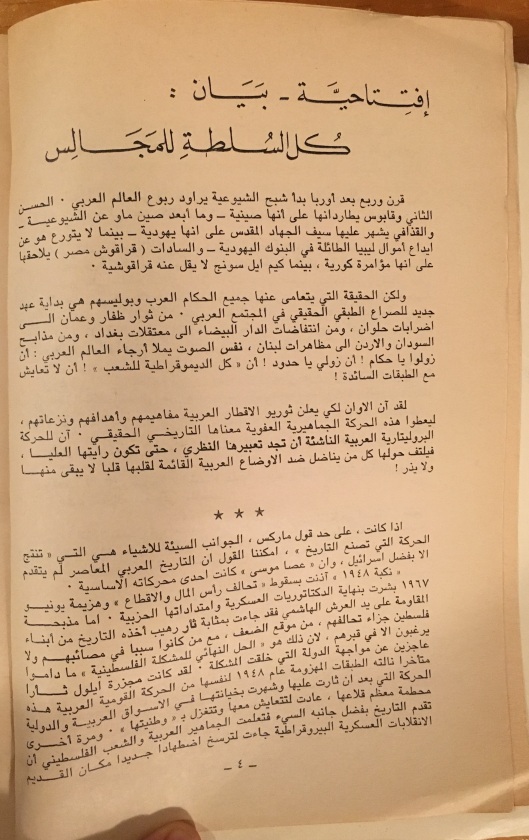 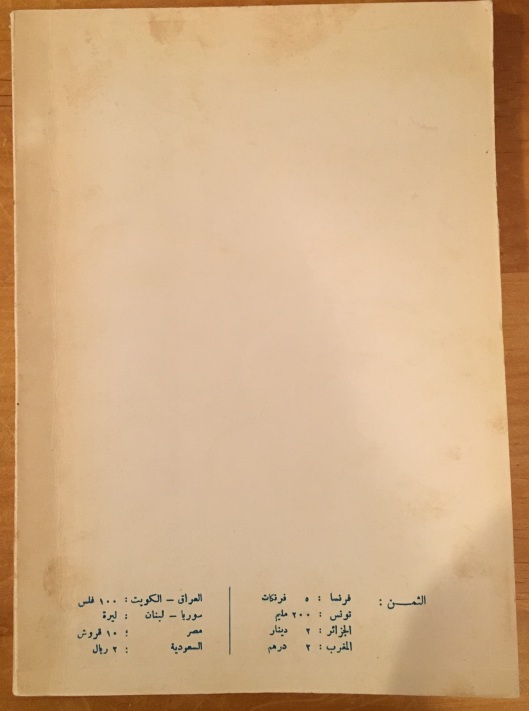