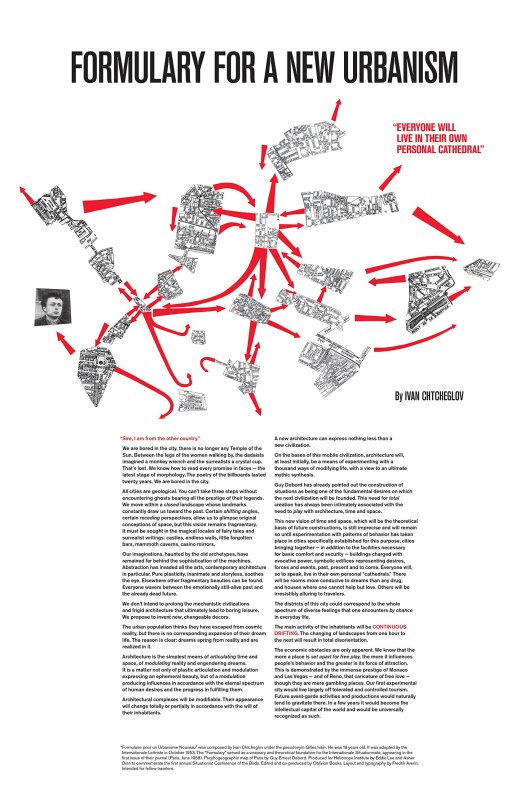 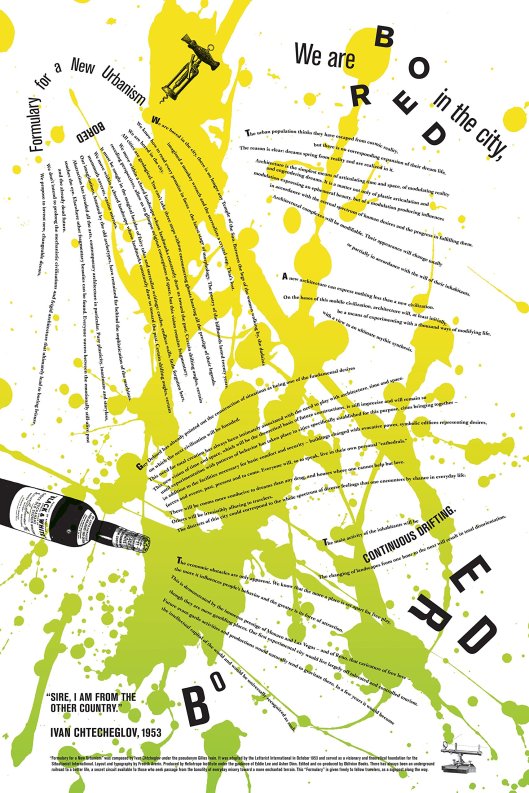 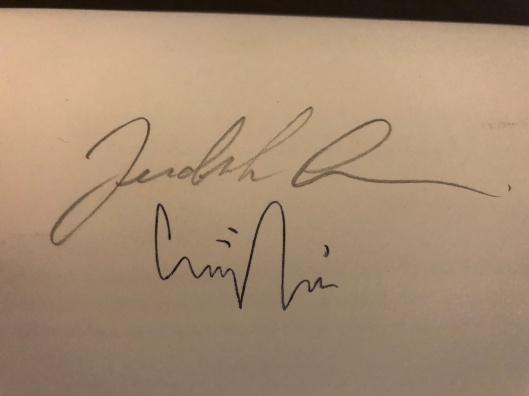 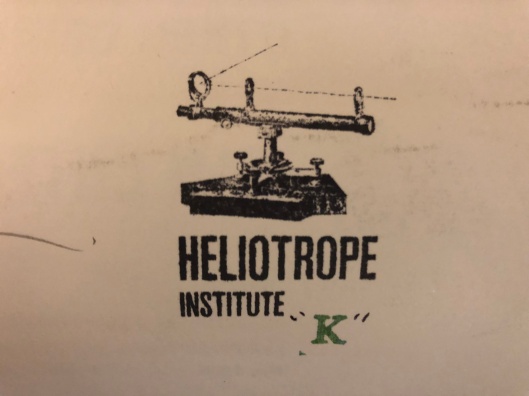 Heliotrope Institute and Oblivion Books present Ivan Chtcheglov’s “The Formulary for a New Urbanism” in a limited edition broadside format. “Formulary for a New Urbanism” was composed by Ivan Chtcheglov under the pseudonym Gilles Ivain when he was 19 years old. It was an internal document adopted by the Letterist International in October 1953. The “Formulary” also served as a poetic and theoretical foundation for the Situationist International, appearing in the first issue of their journal in June 1958. This visionary text set the tone for the themes that preoccupied Guy Debord and the Situationist International in their early “aesthetic” phase: a re-envisioning of all aspects of urbanism, the playful bodily practice of the drift, the rejection of prescribed uses of urban space and structures, the creation of transient and modifiable architectural forms, and the total transformation of everyday life to correspond with the pleasures and desires of the individual. Abridged by Guy Debord for the Situationist journal, here the “Formulary” has been edited to broadside form by Edward Guerriero for Oblivion Books. Reverently produced and overseen by Asher Dinn and Eddie Lee Sausage of Heliotrope Institute.