“Fundi, a Jamaican Situationist, describes the resistance against old-line Caribbean radicals such as Trevor Monroe” (Yale)
Contents: Side A. 1. Russia leading the revolution? — 2. What Padmore passed through — 3. Do you support the Cuban revolution? and some name calling
Side B.  4. It has flew to his head that he is the leader –5. Confrontation with liberal governments that just took over the other day –6. Sellout in Vietnam and Chase Manhattan in Russia — 7. What is necessary now; the councilist organizations towards the workers councils

We locate a single OCLC copy at Yale

Catalog of the exhibition J.V. Martin For Fuld Udblaesning, held at the Randers Museum of Art from August 11 to October 7, 2007. Includes a preface by Finn Terman Frederiksen, a text by Mikkel Bolt (which would later be translated as Playmates and Playboys at a higher level: J.V. Martin and the Situationist International, 1957-1972 and published as a book by Sternberg press in 2014) and a text by Bendiks Skov-Petersen. The manifest Uddfrag fra Kunstens Irrealisme, written by J.V. Martin in 1986, is reproduced in facsimile. Includes nearly 100 beautiful, full-page, color reproductions of Martin’s works. A lengthy biography of the artist, the work of Lisa Jeppesen, is provided as a post-face. A thorough and important retrospective.

We located 3 OCLC copies of this surprisingly scarce catalogue. 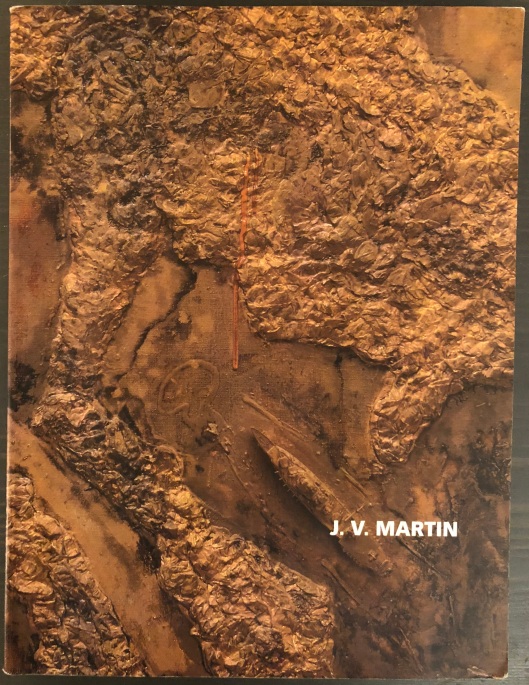 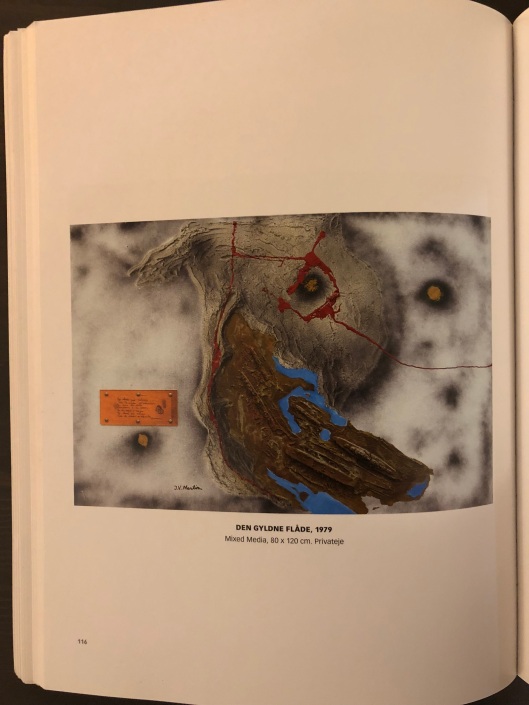 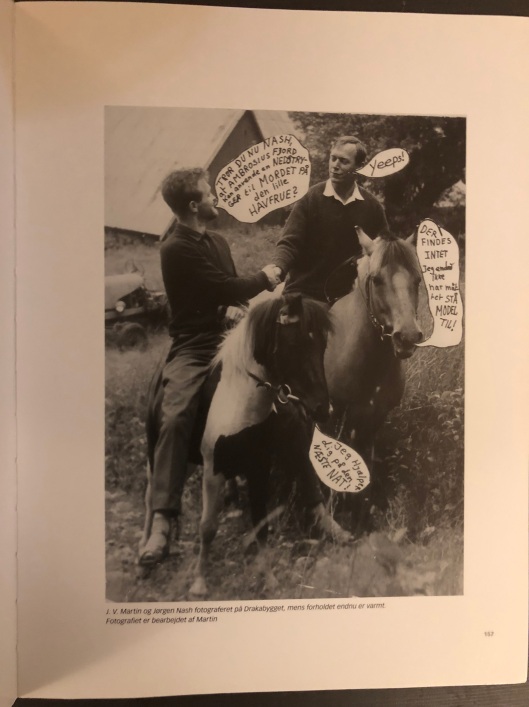 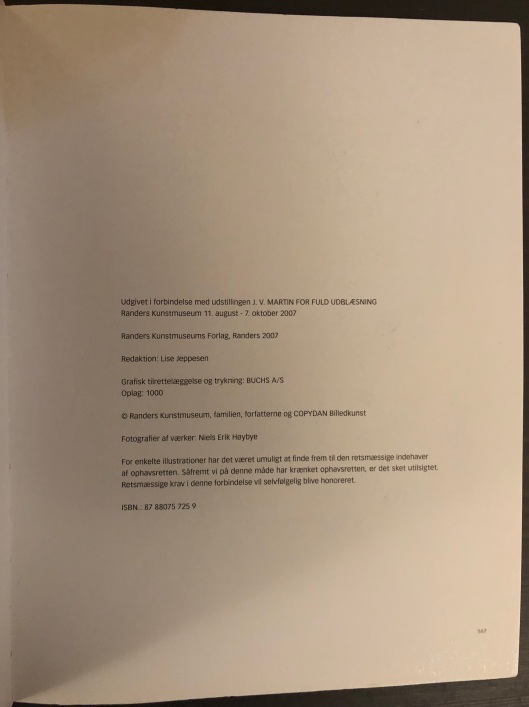 A “cavalier history of surrealism”, originally written by Vaneigem in 1970 when he was still a member of the Situationist international. The text was initially published by Paul Vermont in 1977, and then reprinted by Pierre Drachline at L’Instant in 1988.

The pseudonym chosen by Vaneigem is an obscure reference to Lautreamont (Isidore-Lucien Ducasse), whose concierge (and the signatory of the French poet’s death certificate) was named Jules-Francois Dupuis.

Bronze medallion celebrating the legacy of Italian artist and Alba resident Giuseppe Pinot-Gallizio. Front side: portrait of Pinot-Gallizio. Back side: Partial view of the Piazza del Municipio in Alba, Italy. The medallion is the work of Daniel Bianchi (1963-)
Limited edition 150 pieces, ours n°057. With official box and bibliographical notice 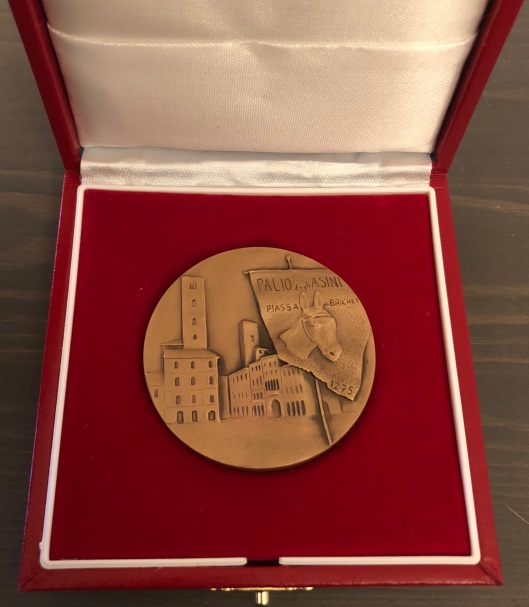 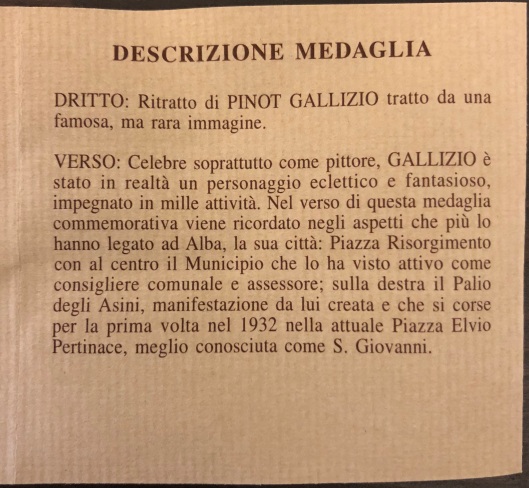 Early, Danish language publication from the Bauhaus Situationiste, which was founded in 1960 by Jorgen Nash after he and his brother Asger Jorn acquired a 200 acre farm in Drakabygget in Sweden.

The one and only issue of this publication  includes articles by members of the Sitationist International, such as Jorgen Nash himself (he won’t be excluded until 1962), and J.V. Martin. “Manifeste”, which had originally been published in Internationale Situationniste 4 (June 1960), is reproduced here in its first Danish translation.

We locate 2 OCLC, at the Danish National Bibliography and Odense University in Denmark. 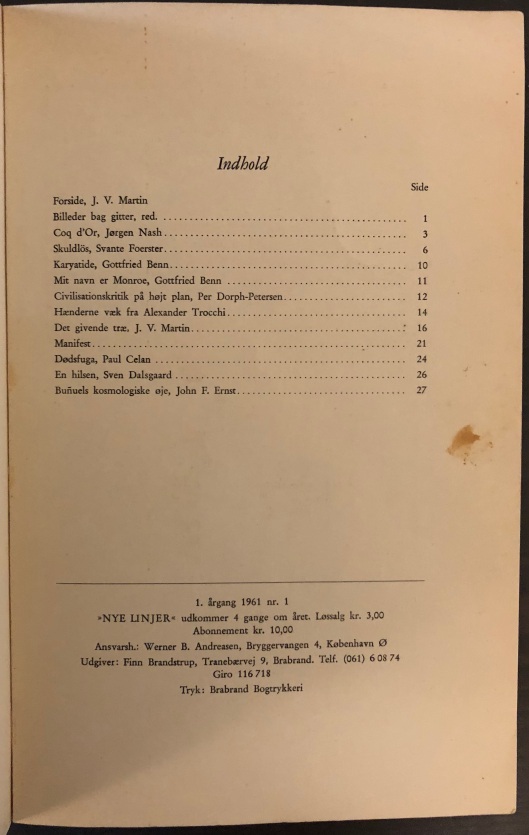 The Wounded Galaxies 1968: Beneath the Paving Stones, the Beach Festival and Symposium,a festival and academic symposium on the occasion of the fiftieth anniversary of May 1968, is taking place on Feb 5-11 on the campus of Indiana University in Bloomington. As part of this , the Lilly Library is hosting an exhibition around the Internationale Situationniste, featuring numerous items from my personal collection through Feb. 11. See pictures below 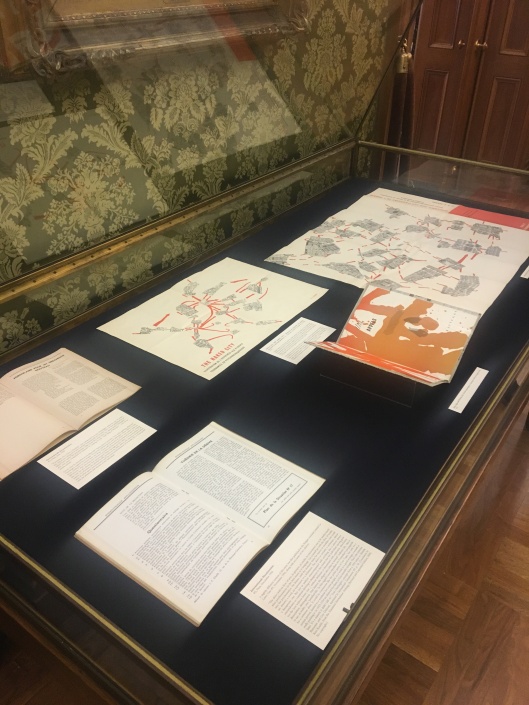 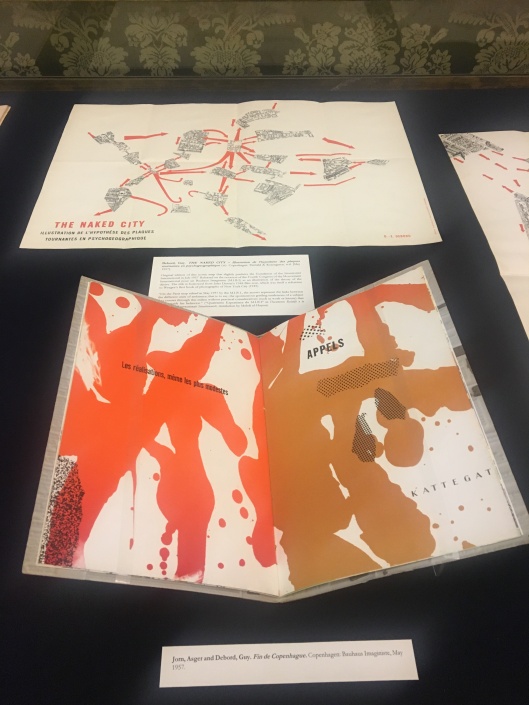 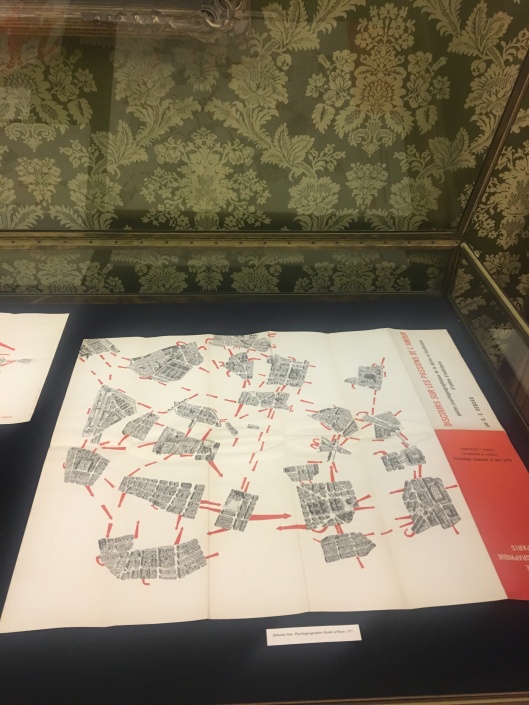 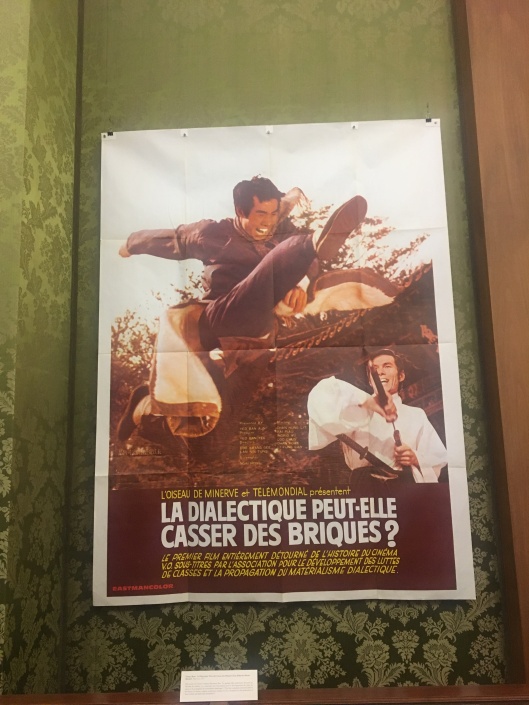 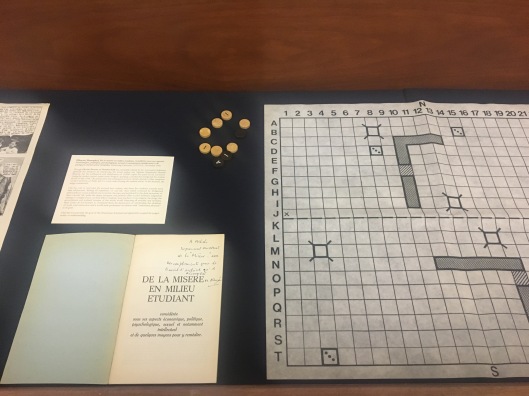 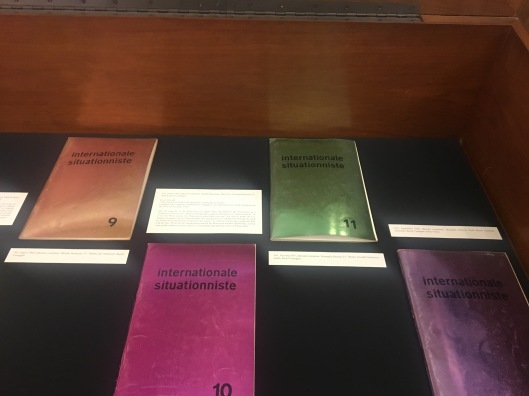