Potlatch was the newsletter of the Internationale Lettriste. 29 issues were published in Paris between 1954 and 1957. The newsletter’s title refers to the economic system practiced by some indigenous tribes, and which operates on the basis of the gift rather than market-based exchange (Ford). Indeed, Potlatch was never meant to be sold, only distributed to friends.

Issue 29, featured here, is particularly important. Whereas other issues state “Bulletin d’Information de l’Internationale Lettriste”, this penultimate issue is described as “Bulletin d’information de l’Internationale Situationniste”. This is because it was published in the aftermath of the Cosio d’Arroscia conference (28 July 1957), which marked the merger of the I.L. (and other movements) into the I.S. This key event is announced at the top of the first page. 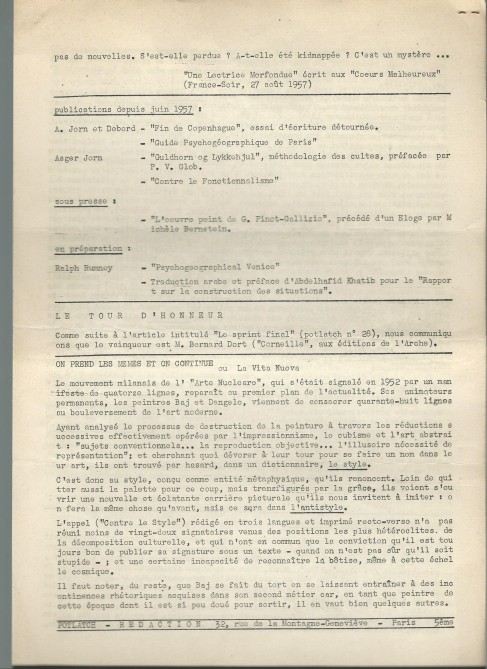 Jean-Pierre George was influenced by Debord and the Internationale Situationniste in the 1960s, which was not very common at the time. The use of detourned comics, among other devices, is reminiscent of the I.S. However, the appreciation was far from mutual: Raspaud & Voyer describe J-P George as  “incohérent, à l”échine trop souple, signe à côté de Jean Cau” (43) The book’s covers are reproduced by Laurent Chollet in “L’Insurrection Situationniste” (336).

In a short biography, Jean-Pierre is described as having flunked the baccalaureate twice (before passing on the third attempt) and never graduated from University. He refuses to work (“Ne Travaillez Jamais”?) and does not preach any morale. “Autopsie de Dieu” is his other Situ-influenced novel. 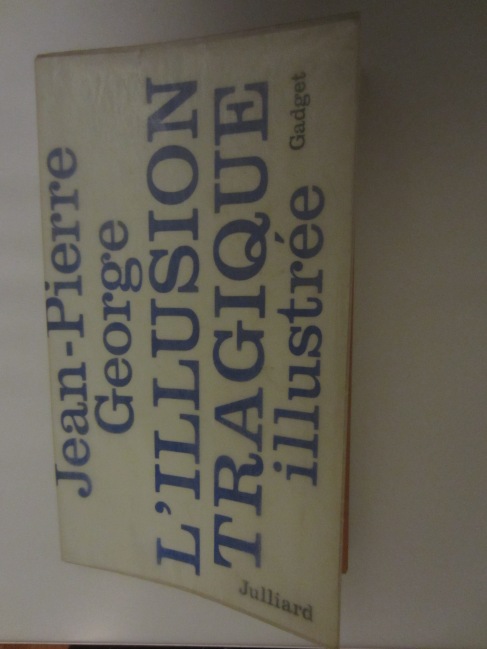 As noted by Raspaud (120-21, two different versions of this poster were released in December 1967, each with a similar unsigned text but illustrated with different comics. The other version is the work of Gerard Johannes, and is reproduced by Gonzalvez (136). 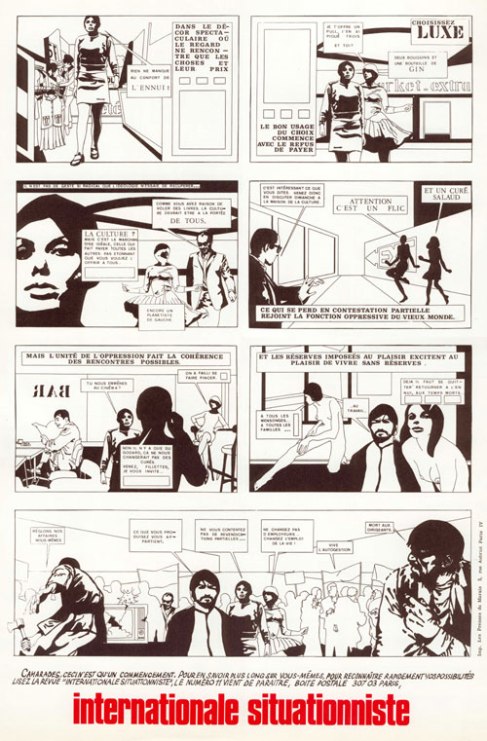 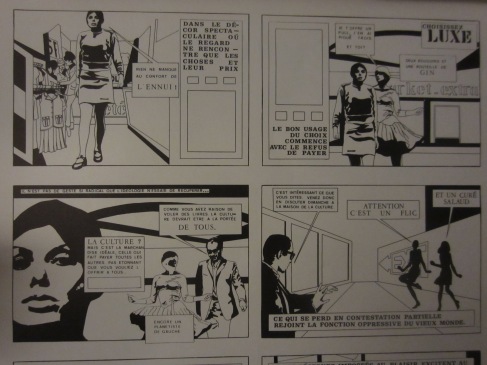 The broadside actually pre-dates publication of the first journal issue by some six months; and though earlier materials by the same core group of authors (primarily Robert Chasse) were published in 1967-8, these were issued prior to the admission of the American Section, all under the imprint of “The Council for the Liberation of Daily Life.”

The current broadside is rare; the text is available via a number of internet sites, but we find no cataloged examples of the physical broadside in OCLC or museum collections 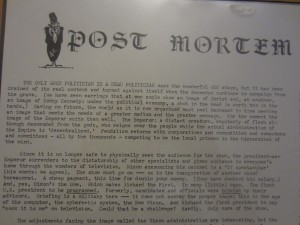 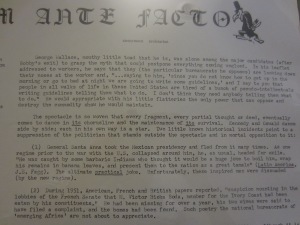 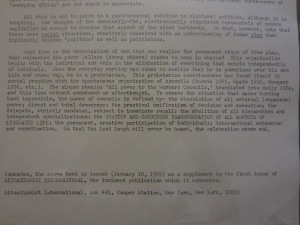 The purpose of this blog is to share some items from my collection of material around the Internationale Situationniste. Rather than sharing items that are viewed as expensive, I will focus on unusual editions and material. The collection will eventually be donated to a major library.