“This booklet was published to coincide with King Mob’s antagonistic participation in the occupation at the L.S.E. It reflect on art school occupations and demonstrations such as that at Hornsey College of Art. It prefigured King Mob’s publication of the magazine Letter on Student Power. Using language derived from the revolutionary groups the Situationists and the Enrages of Paris in May 1968, as well as the Paris surrealists of the early 1920s, this publication continues King Mob’s espousal of a transcendence of art into the poetry of life: ‘art schools are part of an empty, meaningless culture of death which must be subverted and destroyed on every level…THE NEW ARTIST DOES NOT WRITE OR PAINT BUT CREATES DIRECTLY – THE NEW ARTIST PROTESTS'” (Tate Modern)

See below for pictures from both my copy and the Tate’s exhibit.

We locate a copy at the Tate, part of the King Mob collection. 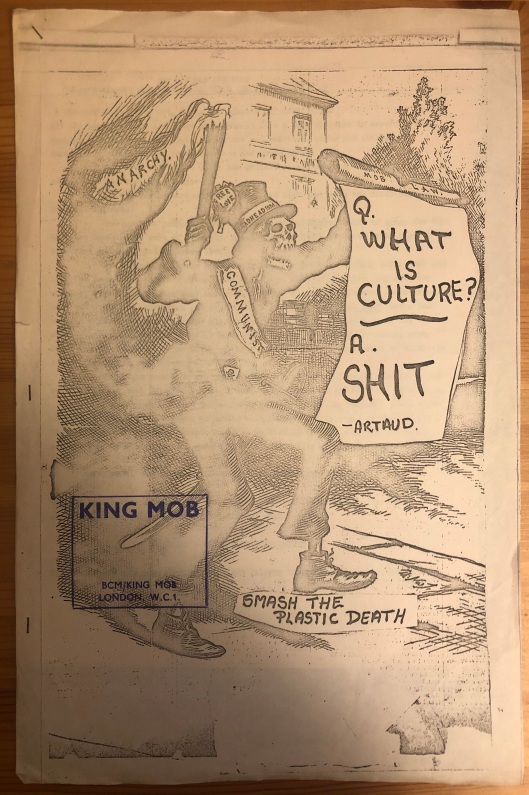