An early poster by the group Contradiction/ For the Power of Councils, to which Ken Knabb – who later went on to launch his Bureau of Public Secrets – belonged. The poster is not accounted for by Ford in his Suppression and Realization of the Situationist International (1972-1992), but appears in a recent bibliography of American Situationists and pro-situ groups (http://www.notbored.org/american-situs.html)

From a formal standpoint, this comix is of a great interest, as it draws from both comic strips and photographs. Issued following the December 1969-January 1970 worker revolt in Poland”, this poster also stands out in its critique of a wide range of communist leaders (Lenin, Castro, Trotsky, Ho Chi Minh and others. ), very much in the Situationist vein.

The text and comic can be found in a legible format at the Bureau of Public Secrets: http://www.bopsecrets.org/comics/bureaucratic.htm 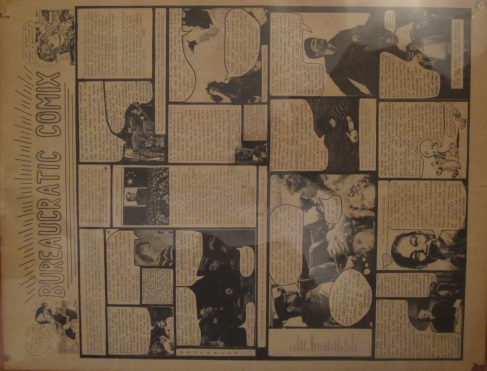 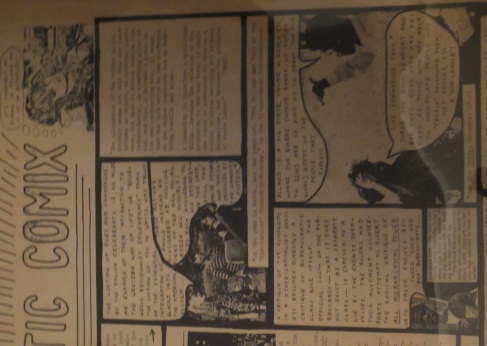 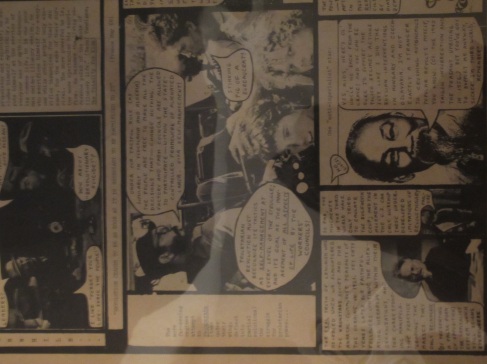 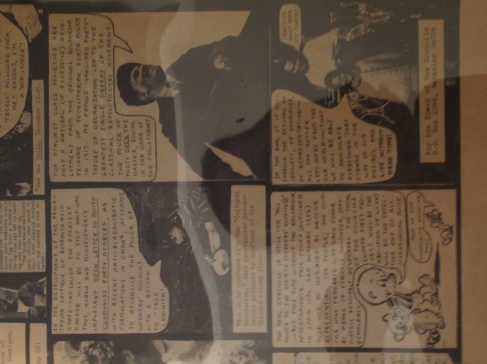