Born in Paris in 1934, Patrick Straram was a member of the Internationale Lettriste and a close (and early) friend of Guy Debord and Ivan Chtcheglov. He left the I.L. in 1954 when he fled to Canada to avoid military service. He remained close to Debord for several, as attested by their warm and friend letters to each other.

This association copy belonged to Gaston Miron (1928-1996), one of the poets featured in the Cahier. Miron signed his name on the front cover and heavily annotated his brief text (“Notes d’un homme d’ici”). Miron was an important poet, writer and editor of Quebec’s quiet revolution, as well as a highly visible member of Quebec’s nationalist and independence movements.

Not found in the trade with only three copies on OCLC, all in Canada (Sherbrooke, Montreal, UQAM) 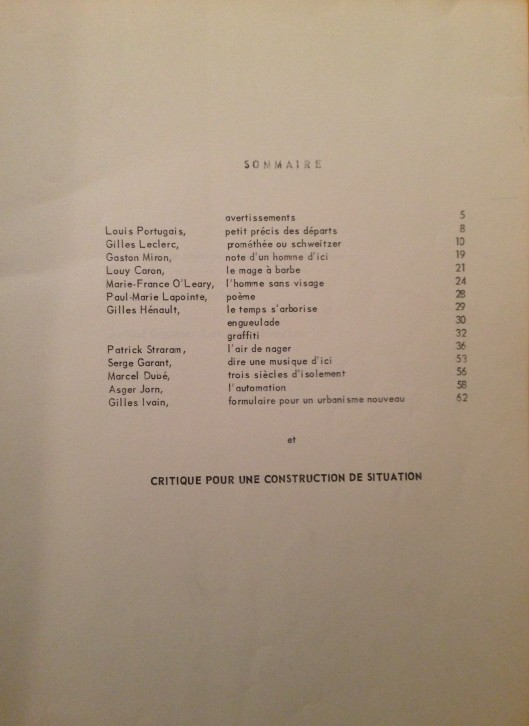 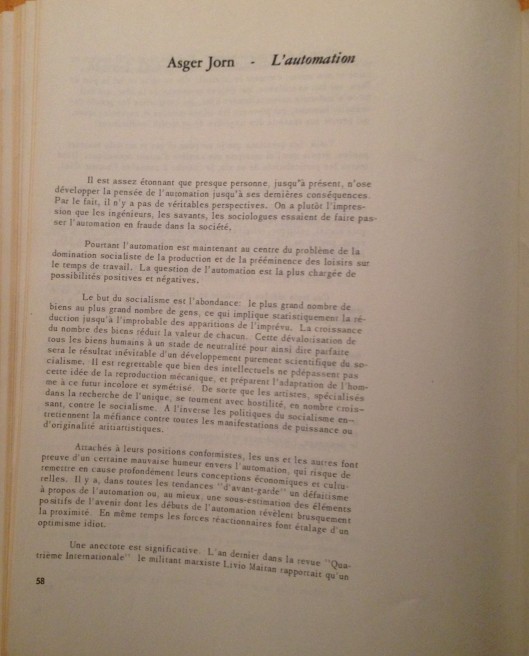